Space Shuttle Mission 2007 is the newest and most exciting Space Shuttle Simulator available today, designed to provide the experience and excitement of the NASA Space Shuttle missions in extreme detail. 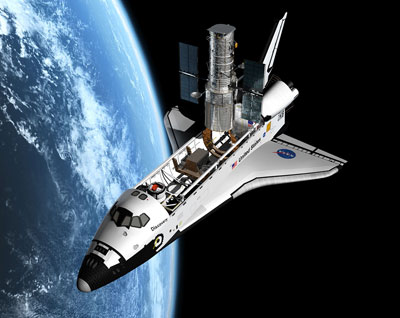 The archive SSM2007.zip has 14 files and directories contained within it.

Having always enjoyed the world of flight simulation, being able to take in parts of the world I wanted to see but never would be able to, I have found myself growing a little bit tired of visiting the same places over and over again. However, there are many mods out there that change this due to the fact they add in something a little bit fresher than usual – in this brilliant add-on, I was able to finally take myself away from the same areas and actually head into space instead. Space is something that most of us will never even get close to being near, so it’s amazing to get out into the space above the planet and see it all from a whole new level of detail and realism.

The first thing I noticed upon installation, though, was the massive attention to detail and design within all space-related craft. From the shuttle itself to the large space station and accompanying equipment like satellites, I was easily able to understand what I was looking at. The fact that the shuttle cockpit has been rendered and made so effective, using 3D special sound effects to help add to that atmosphere even more, makes it a lot easier for people to just relax and get used to being within a whole new kind of aircraft.

Everything from the little countdown to takeoff features that have been added, right down to the liftoff as it shakes and roars its way through the skies into a whole new part of the flight simulation experience. Instead of stopping mid-way through the skies and not being able to ascend any higher, I was able to rip through old barriers and carry on beyond the world. Whether it was using First Person viewpoints or Third Person, I was able to get a truly amazing view of the world around me as I flew.

In fact, the views and angles that come up truly give you a balance and scope as to just how vast the actual world is – with an amazing model provided to show you the real scale and detail of our planet below, you’ll get to witness from truly breathtaking scenes. I was drawn to this package because it offers such incredibly realistic detail on everything from the shuttles to space itself; these are the little features that make things stand out in the world, and this is why I deem to be most important when using a simulator.

The missions provided via the Control Center are hugely enjoyable, too, making it really easy for you to undertake more than a basic flight around the place to see what is going on. Instead, with this, you get to enjoy the sheer wonder and class of the space around us by having something to do. Other space flight mods might exist but I’ve yet to find one with such an attention to detail in both the design as well as the tasks to take part in.

If, like me, you want to witness the space world like it’s never been seen before in a flight simulator then this is the place to get started.

Where can we buy this game? I have the original version (DOS) on one disc bought years ago, but I was not aware a 2007 version was available. Since the SpaceShuttle program is canceled, this is also ancient history in the making....