FSX USAF Lockheed C-5B Galaxy, operating out of the 97th AETC/OG Altus, AFB. This is the highest flying and most powerful military cargo aircraft in the US Air Force inventory. Designed for long distance flights, and high altitude. Includes cargo and crew access doors. Flight dynamics are as "rea...

File Contents
FSX USAF Lockheed C-5B Galaxy, operating out of the 97th AETC/OG Altus, AFB. This is the highest flying and most powerful military cargo aircraft in the US Air Force inventory. Designed for long distance flights, and high altitude. Includes cargo and crew access doors. Flight dynamics are as "real as it gets". Designed for experienced "heavy aircraft" simmers and military buffs. By Douglas E. Trapp. 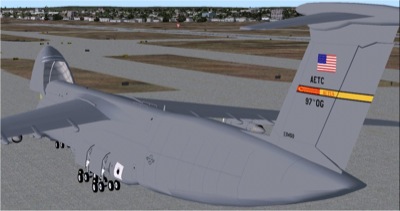 The archive c5bdet.zip has 101 files and directories contained within it.

When I first decided to download this mod, I had to do a fair amount of reading to make sure that the aircraft itself matched up with what I was expecting. As someone with very little knowledge or interest in military aviation it can be quite tough to get the lowdown on what I am flying – is it top of the range? Or just something weird? With this mod, though, I was assured that the model I would be flying was a rather iconic part of military aviation. So, with a bit of excitement and plenty of anticipation, I installed the aircraft and got to it.

The aircraft comes with awesomely accurate dynamics, which was the first thing I wanted to see. The program described itself as having flight dynamics which were “as real as it gets” and after many hours of flying around and enjoying the model, I’d have to agree. My conversations with other pilots who are more interested in military aviation than me made this even clearer, as well. The whole thing became much clearer to me as I looked around and realized just how close to the real thing that this is.

The aircraft itself is allegedly designed for long distance flying and I have to admit that I could feel this from the model as I flew around, as it was easily noticeable just how effective it was in the skies. I was instantly taken in by how it flew and the way that it carried itself, with a very strong performance level that captures the eye in the most effective manner possible.

Given that it’s the most powerful military cargo aircraft in the USAF (or so I’m told!) this aircraft does a grand job of giving you a really fast and engaging flight style. Despite carrying value cargo it moves through the skies without a care in the world, making it a really enjoyable aircraft to fly around with.

After enjoying the dynamics and the style of the flight as much as anything, this aircraft brings to the table a wide range of excellent design features that just look wonderful. With cargo and crew doors all totally accessible and open you can easily control this aircraft and enjoy doing so as you go – the interior design is massively impressive. It captures the real detail and style of this aircraft, with lots of little minor features all coming together in the cockpit to make the whole thing feel homely and authentic.

More importantly, though, was the design of the exterior. It looks to me like a flying submarine given its rather basic features and design facets, and the solid color design, but this is nothing against the designers. From what I could see this is what the aircraft looks like in real life so yet again the designs seem to have got it spot on with this mod package.

From flying properly to looking the part, this mod really does a great job of getting the real thing and bringing it to life in the most effective manner possible. 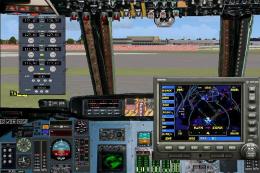 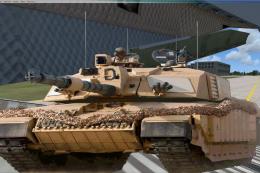 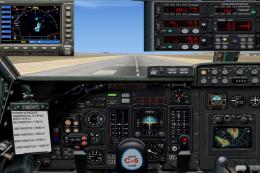 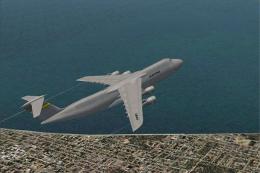 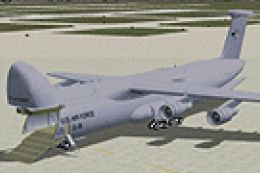 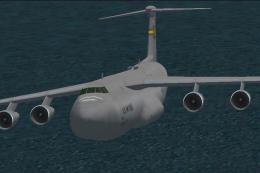 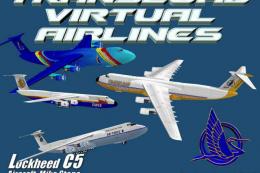 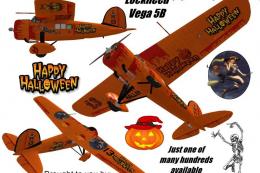 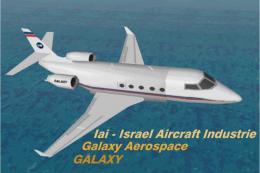 I had no issue with the sound I believe. It works great, and takes off faster then some of the other c5 on here. I enjoy the download.

Great aircraft, sound works awesome, and is dang near to the real C-5 upgrated engines. The only question I have, is how do you get it to squat in FSX?

phantomfire1Wed, 29 Dec 2010 15:26:02 GMT
I was able to download OK, but no sound. This is one of the only sims I have had any trouble with. First couple of times, it kicked me out as well. I uninstalled it, then re-installed it and read the read-me files again. Thats how I got it to work, but as I said, no sound. The nose door opens up, and the rear ramp opens. It flies with no problem, just no sound. I tried to move the soud files around, even merged them with the FSX sound file, no go. Any suggestions, would like to keep it, and give it a better rating.