Repaint by Choi Hee Wo.

"THIS AIRCRAFT HAS ONLY BEEN TESTED WITH FSX"
Aircraft Type:Boeing 777-300 Nippon Airways 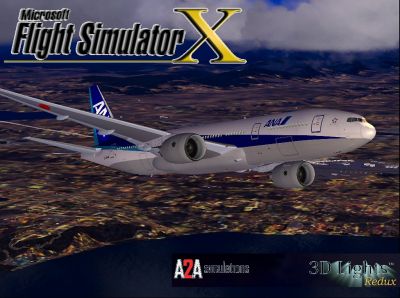 The archive na73fsx.zip has 125 files and directories contained within it.

Extracted and copied files to:.....SimObjectsAirplanesBoeing 777-300 Nippon Airways folder. The only cockpit view I have is the 2d panel. None of the VC views display. When throttle panel view is selected, I see the pavement. When upper panel is selected, I see the sky It's like I'm sitting out in front of the airplane looking around instead of inside the cockpit. I can see the .bmp files in the panel folder and can see what the views should look like. I am using Win10/FSX SE/. A little help would be appreciated.