Sabena Airlines Airbus A319-112. From 1923 to 2001, Sabena was the national carrier of the Kingdom of Belgium with Brussels Airport as home airport. After they went bankrupt in 2001 the airline was replaced by SN Brussels Airlines, now Brussels Airlines. By Marco Fischbach.

Sabena Airlines Airbus A319-112. From 1923 to 2001, Sabena was the national carrier of the Kingdom of Belgium with Brussels Airport as home airport. After they went bankrupt in 2001 the airline was replaced by SN Brussels Airlines, now Brussels Airlines. By Marco Fischbach.

the Kingdom of Belgium with Brussels Airport as home

airport. After their bankrupt in 2001 the airline was

In memory of this airline here is my repaint for FSX.

copyright of this specific repaint 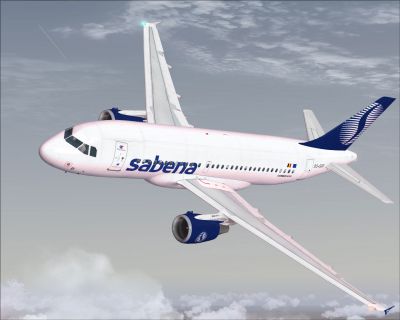 The archive fsx_pa319_sabena_airlines.zip has 62 files and directories contained within it.

The panels are black. Tried deleting and reloading but still no panel information.