This is a repaint of Tim Conrad’s MS760 Paris (file names: ms760.zip + MS-760_FIX_KIT.zip on SimOuthouse). It is shown in the the markings of the French Civilian Aviation Authority in the early seventies. At that time six MS760s were used in Saint-Yan (LFLN) to train future airline pilots.

Installation is quite straightforward. Extract all files with the "Texture.F-BJET" path in this archive (making sure that "using folder names" is ticked) to your FSX\SimObjects\Airplanes\MS-760 installation folder, and everything should go to the right place. 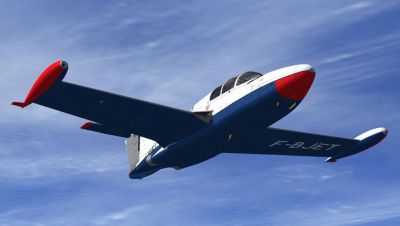 The archive 760_39.zip has 29 files and directories contained within it.