Royal Air Force Beechcraft King Air. A RAF texture for the default King Air. A repaint of the default Beech King Air 350 as ZK452 of 45 Sqn at Cranwell and took part in the 2011 air display season including an appearance at Waddington. By Tom Orme.

Royal Air Force Beechcraft King Air. A RAF texture for the default King Air. A repaint of the default Beech King Air 350 as ZK452 of 45 Sqn at Cranwell and took part in the 2011 air display season including an appearance at Waddington. By Tom Orme.

This King Air from RAF Cranwell's 45 Squadron was utilised for the 2011 display season. Please be aware that this is technically a fictional repaint, as the actual ZK452 is a B200, not a B350. However, I have tried to make it as true to life as possible.

To install copy the below text to FSX\SimObjects\Airplanes\Beech_King_Air_350\aircraft.cfg and place it beneath the last entry in the 'fltsim' section. Replace the x of the fltsim number with the next sequential one.

Then copy the whole Texture.RAF folder to FSX\SimObjects\Airplanes\Beech_King_Air_350 and you're ready to go! Heve fun!

N.B.
You may want to uncheck the 'show tail number' box in FSX before flying to avoid duplication! 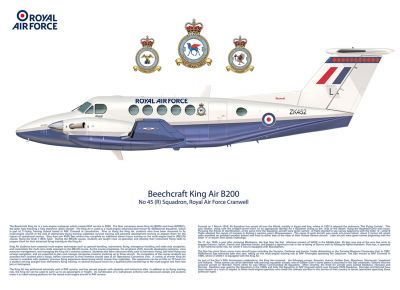 The archive king_air_zk452_zip.zip has 9 files and directories contained within it. 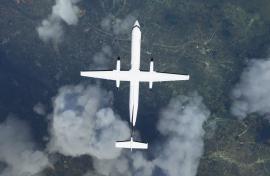