The Spitfire made its first public appearance on 27 June 1936 at the Royal Air Force Air Pageant, Hendon. Displayed in the ‘New Types’ section, the aircraft wore its famous livery of high gloss pale grey-blue, with a '2' ahead of the fuselage roundel. The '2' probably represented the aircraft's participation number, normally flying without the number as shown in numerous historical photos.

The repaint includes a wooden propeller and slightly reworked ("newer") VC. There are several obvious visual differences between A2A's wartime model and the original aircraft, which had recessed exhaust stubs, a large instruments/pitot tube on the port wing's leading edge, a tail skid no gear fairings and, of course, no gunsight, trigger, etc.

With the variety of hues and shades of blue in freeware and payware versions of the prototype, and among scale modelers who usually know these things -- proposed colours have included Admiralty Grey, Duck Egg Blue, Sky Blue, Dove Grey -- accurately determining the aircraft's colour was a juicy challenge.

While the A2A Simulations Spitfire forum offered much insight, the turning point came with a email from David Coxon, Curator of the Tangmere Military Aviation Museum in West Sussex, UK, who generously wrote : " ... when the Spitfire Society built the replica which is displayed in our Museum they conducted a great deal of research into determining the exact colour of blue the aircraft had been painted. Fortunately, R J’s son Dr Gordon Mitchell had been given a small model of the prototype Spitfire by Supermarine/Vickers painted in the colour used on the prototype."

Independently, Leo McKinstry, in his book "Spitfire", wrote of the "... application by a Rolls-Royce subcontractor of an ultra-smooth finish, in a high gloss pale grey-blue colour." (reference provided by Malcolm of the A2A forum).

The repaint hue was, then, primarily taken from a number of samplings of Tangmere's model combined with a bit of FSX tweaking to come as close as possible to the classic pale grey-blue.

Both 2- and 3-bladed propellers appear with wood texturing, but due to the model's texture structure, only the 3-bladed prop will show the historically correct front metal spinner/retainer and wooden base -- and then only after startup -- while the historically correct 2-bladed prop appears with an inaccurate grey spinner. I prefer using the 3-blader for its accurate external views post-startup, but it's your choice.

2. Move the folder TEXTURE.K5054-2 to the WoP3_Spitfire folder in the FSX Airplanes folder.

With warm thanks to David Coxon (Curator of the Tangmere Military Aviation Museum), to the Spitfire Prototype website, to Darryl, to Darryl, Malcom, erikx and Brad at the A2A Spitfire forum, and to Martin Catney for his great textures and paint kit. 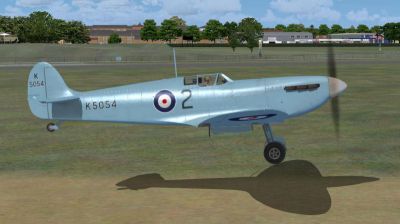 The archive spit1-2.zip has 33 files and directories contained within it. 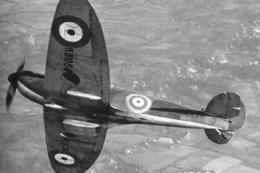 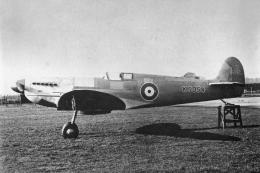 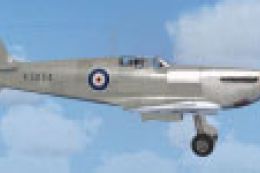 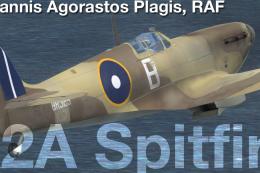 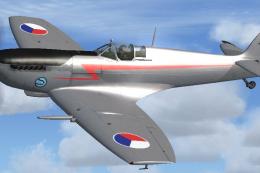 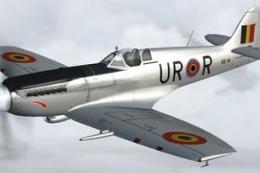 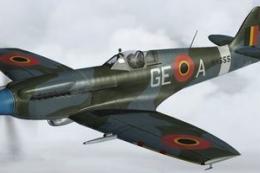 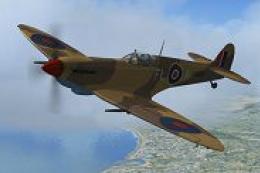 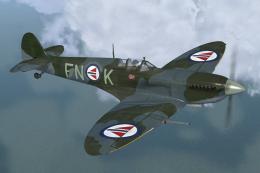