For all fans of Active Sky Next, the latest edition of this must-have add-on is here!

Introducing a fresh load of features and changes that freshen up, improve and optimize the entire experience for Active Sky Next users these adjustments make it easier than ever to get the most response possible. Sometimes, it can be nice to get those extra little touches of character and class from your simulation and with the introduction of Service Pack Four you can get the most comprehensive picture yet.

In SP4, you get access to a gluttony of new changes that help to completely alter the performance and design of the sky across many different indicators. This is fully compatible with the Active Sky Next normal edition, but please be aware that this does not apply to the Steam Edition; these updates are uploaded automatically via the Steam client.

SP4 introduces various fresh changes to the usage of your simulation, making sure that you can easily use this with Microsoft Flight Simulator X with ease. Given the various differences among both simulators, specific changes have been made for each to maximize the level of performance that you will receive.

This includes changes such as;

Each of these features work exceptionally well in ensuring that your system can be far more stable and fluid when using the Active Sky Next settings. These changes help to minimize errors and to improve overall performance in many ways “under the hood” which result in a much better level of performance.

However, this adds more than just basic corrections for FSX. Indeed, this also adds various other benefits for P3D users. Alongside the improvements above, this also provides you with extras such as;

With this version of SP4, you also get a wide range of changes that come from Version 4.1. Service Pack 4 was released with a huge amount of changes, but these minor improvements help even further to improve performance and compatibility massively by including features like;

Whilst this modification makes a huge amount of changes that can greatly improve the performance of the simulation, there are some issues that you need to be aware of to ensure that this works properly. These include making changes such as the following; 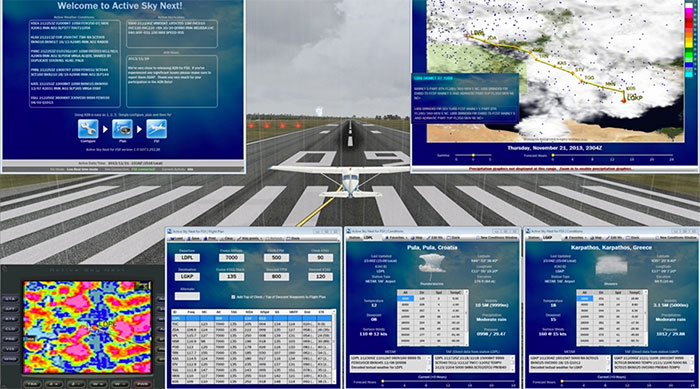 Getting Active Sky Next

You can download the service pack from HERE right away. It’s a fantastic product to have, and with the latest Service Pack updates you can get an even more impressive performance and level of realism back!