New complete Fokker F27 Troopship package containing four Royal Netherlands Air Force very detailed external liveries, a new flight deck, new performance and a heavily modified model detailing the F27 Troopship as it operated with the Royal Netherlands Airforce (RNLAF). The original model design was by Mike Stone. Later changes were introduced by Tom Gibson and Jaap de Baare whereby Jaap de Baare introduced the changes that present the F27 MK 300M Troopship model with fully operational rear sliding doors. Exterior paint schemes by Hans Janssens and Emile Lancee and the new cockpit design by Emile Lancee. The cockpit design is optimized for a single panoramic display. For those people using a triple display setup to present the full flight deck there is a special package included to cope with that. This hopefully compensates for the absence of a virtual cockpit. By Emile Lancee.

Four (4) different exterior paint schemes. The C-5, C-8 and C-10 in display colors and the C-7 in its Camouflage paint scheme. Lots of attention is given to copy details, present on the real aircraft, to the textures for this livery. However with the limitations of the older model file structure some detail could not be added due to limitations in the pixel size acceptable to FS9 or FSX.

This brand-new model, based on the original model of Mike Stone and once updated by Tom Gibson and Jaap de Baare, is now fully reflecting the basic Fokker F27 Friendship MK300M Troopship model. Beside the basic model works numerous corrections have been introduced by Jaap de Baare in relation to the large cargo door, crew door and completely new aft inward sliding Multi Purpose Doors.

The performance and aircraft configuration file have been modified to show a more realistic behavior in flight and on the ground.

The flight deck panel has been build up from scratch and is made as realistic as possible based on original pictures of the Royal Netherlands Airforce aircraft. The dimensions of the flight deck presentation will match panorama type displays.

All gauges originate from new designs to heavily modified gauges from other unknown designers. Their work is acknowledged and appreciated and without their basic works and the help of the Flightsim Panel & Gauge Design Forum and the Microsoft Flight Simulator Software Development Kit (SDK) creating this specialized panel would not have been possible.
The Panel basically represents the Pilot in Command position and an easy switch to the First Officer enables you to operate the aircraft from the right-hand seat. A number of special switching icons allow you to go to the Pedestal, Overhead panel, Doors and Para/Smoke Operating panel and GPS panel.

A separate "F27 Mk 300M Panel icon function.jpg" file is included to indicate the position and function of the special switching icons.

The archive fokker_f27_mk300m_rnlaf_fsx.zip has 251 files and directories contained within it. 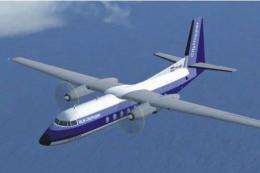 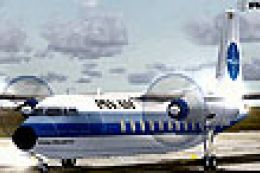 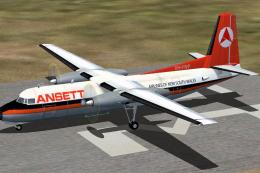 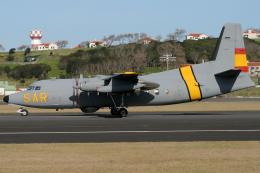 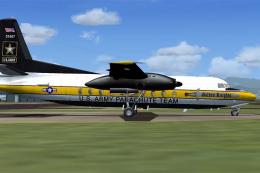 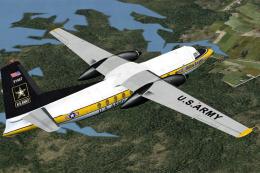 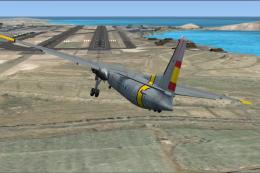 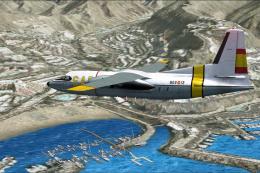 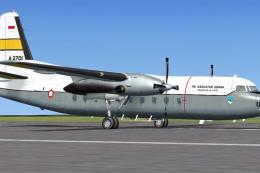