SAAF Cessna 208B Grand Caravan, SAAF 41 Sqn #3003 - Old Eagle Castle Insignia. The Caravan is a single-engine, fixed gear short-haul regional and utility aircraft. It typically seats nine passengers, with a one-person crew. The SAAF acquired the type in 1988. They were first operated with civilia...

SAAF Cessna 208B Grand Caravan, SAAF 41 Sqn #3003 - Old Eagle Castle Insignia. The Caravan is a single-engine, fixed gear short-haul regional and utility aircraft. It typically seats nine passengers, with a one-person crew. The SAAF acquired the type in 1988. They were first operated with civilian registration (ZS-) numbers. This repaint is for the default Cessna 208B Grand Caravan in the colors of the South African Air Force or SAAF 41 Squadron aka "the Pointers" using Andrew McGowin's fixed default FSX white or blank textures. The Cessna 208B Grand Caravan in SAAF colors has the national flag on the tailfin with the Cessna logo and Carvan lettering. The old SAAF eagle castle roundal is on the side of the fuselage with dark blue and arctic blue stripes and a glare shield painted on the nose. The Pointers patch is painted on the side near the door or on the door itself with the serial number in black on the side near the horizontal tailplane. Repaint by Morne Pieters.

I have added screenshots and a real photo of the repaint so you can get a good perspective of how it looks.

This zip file contains only the texture files. You will not need to download anything since this one of the default airplanes of FS2004 . The intended method for installation is as an optional set of markings.

B) Edit the aircraft.cfg files to add a new [fltsim.x] section that reads as follows:
(change "x" to be the next number in sequence -- don't duplicate or skip or it will not work)

Very Important: Look for Cessna and under that C208B Grand Caravan and under that "South African Air Force 41 Squadron - 3003 (Old Eagle Castle Insignia)" in the FS menu.

[fltsim.XX]
title=Cessna Grand Caravan_South African Air Force 41 Squadron - 3003
sim=Cessna208B
model=
panel=
sound=
texture=SAAF_41 Squadron_3003_Old
kb_checklists=Cessna208B_Check
kb_reference=Cessna208B_ref
atc_airline=Airforce
atc_id_color=0xff000000
atc_parking_types=RAMP
ui_manufacturer="Cessna"
ui_type="C208B Grand Caravan"
ui_variation="South African Air Force 41 Squadron - 3003 (Old Eagle Castle Insignia)"
ui_typerole="Single Engine TurboProp"
ui_createdby="Microsoft Corporation"
description= \n\nTextures repainted by Morné Pieters\n\n"Wherever you want to go today, the Cessna Caravan can get you there. First introduced by Cessna in 1985, the Caravan was designed to land nearly anywhere, on land or water. Undoubtedly, it has lived up to its creators' intentions. Whether supplies need to be brought to a flooded village in the mountains of Peru, an injured person needs to be flown out from a remote lake in Alaska, or an archaeologist wants access to a tiny site in the African desert, the Caravan has what's needed to do the job."

This repaint is freeware all the way!!!!!

I just want to thank my LORD Jesus for helping me get all the relevant resources to accomplish this repaint and helping manage my time to do so and also Microsoft for his wonderful aircraft, still enjoy it lots!

If anyone wants to update my repaint or use it in any way feel free to do so!!!!

This repaint was a request from C208 aka "Robert" and if it was not for his patience, it would never have seen the light!!

This is also my first FSX repaint and I hope you like the repaint, since I did it for all the people interested in the SAAF, the aircraft they used and the history concerning them and this particular one is for the guys of 41 Squadron.

If you have any new suggestions or want to contact me, feel free to do so. Use the email specified in the begining of this README to contact me!!!! 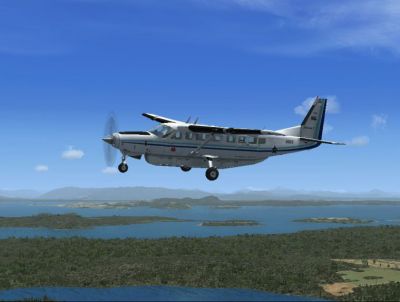 The archive fsx_saaf_cessna_208_caravan_3003.zip has 18 files and directories contained within it. 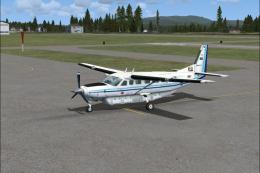 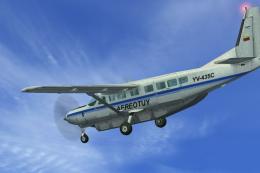 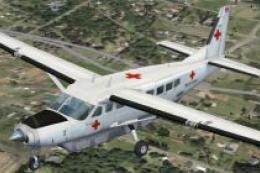 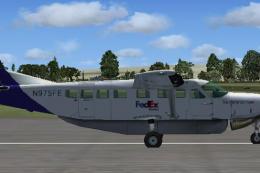 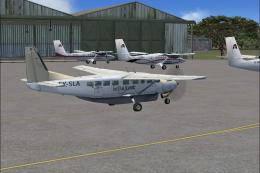 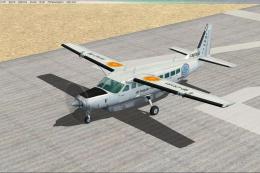 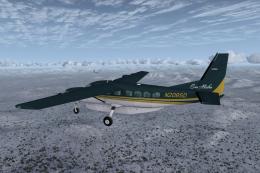 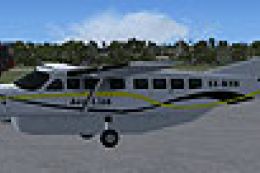 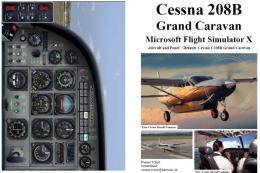