RAF Stoney Cross. RAF Stoney Cross was a busy airfield situated 10 nm west of Southampton, used by both RAF and USAAF during World War II. First users were RAF Army Co-operation Mustang units reinforced with a Canadian Hurricane unit, but then came glider tugs and troop carrying aircraft, Albermarles, Whitleys, Venturas and Stirlings. In the spring of 1944 the USAAF arrived with P-38 Lightnings, and when the P-38s moved to Ibsley, B-26 Marauders arrived. In November RAF Wellington and Stirling transports commenced operations, to be augmented with Yorks and Dakotas. In 1946 the airfield closed for flying. By Chris Smith. 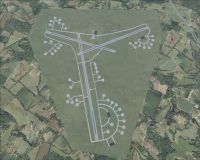 STONEY CROSS was built during 1942,opening for business on 9th November 1942,although still incomplete.First occupant was Army Cooperation Command.From 1st June 1943 the airfield became part of 10 Group,Fighter Command.For the next six months the airfield was used for training with the Airborne Forces and the Glider Pilots Unit,In addition,large numbers of Waco Hadrian Gliders were assembled on the airfield and flown out by a specialist US unit.On 13th March 1944 the airfield transferred to the USAAF 9th Air Force.With the departure of the USAAF Stoney Cross returned to briefly RAF control on 7th July 1944,going back to the USAAF shortly after ,until the americans finally left on 5th September 1944.The next arrival was the No.1 Heavy Glider Servicing Unit .Control passed to 11 Group Fighter Command in October,and to 116 Wing,Transport Command in November.On 1st January 1945 ,yet another chage of command as the airfield passed to 47 Group RAF Transport Command.This was however,the last change of command.When Transport Command left in October 1946,flying virtually ceased and in December 1946 Stoney Cross was placed on Care and Mainetance.The airfield was officially closed by the Air Ministry in January 1948.Studies in 1970 of possible use of the site for construction of a new airport to serve the Bournemouth/Southampton area came to nothing.Ultimately the runways were removed ,although parts of them remain in use as public roads today.

Ted Andrews's RAF Hangars Library and other excellent buildings, only takes a minute to add and is well worth it.
This scenery is for FSX only.
Just add UKXX file in the usuall place, ie, your addon scenery scenery folder C:\Program Files\Microsoft Games\Microsoft Flight Simulator X\Addon Scenery\scenery.
Start up FSX and then go into your settings, Scenery Library then once the scenery window comes up just click ok.
The scenery will load automaticly.

Stoney Main Buildings = Hangers, Control Tower
Stoney extra buildings= Various buildings south of control tower
Stoney Misc = Barracks and vehicles
So if you dont want any particular part just delete the corresponding Bgl
Although you should see no frame loss with all selected.

You will find by searching either RAF Stoney Cross or typing in UKXX as the airport code. 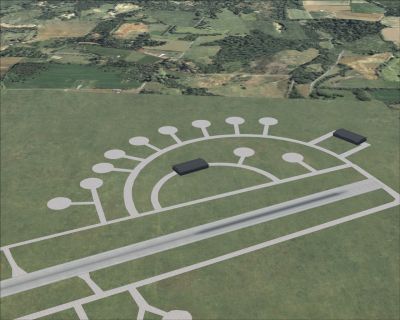 The archive stoney-1.zip has 16 files and directories contained within it. 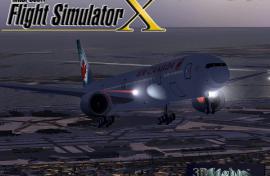