Try downloading the following files as it may save some time. The files contain most of the library objects created by the various authors.

If the scenery doesn't look right to you or you notice anything missing, you may have to download any of the individual library files below.

AI aircraft for the AI traffic -

You are reading this readme, so you must have already unzipped the file st_marys_municipal_koym_fsx.zip to a temporary folder.

Now look for the following files.

Check your file structure in your Windows Explorer. If your FS setup is like the following, then all you need to do is unzip st_marys_scenery_fsx.zip to the drive where your FS is located.

Using the folder feature in your zip program, the scenery files will be placed in the FS\Addon Scenery folder under KOYM-St Marys Mun.

Start FS and navigate to 'Scenery Library' via the 'Settings' menu. Select 'Add Area' and activate the scenery in the usual manner. Next go to the airport in FSX.

If your file structure is not like that mentioned above, then unzip the zip files to a temporary folder and manually move the KOYM-St Marys Mun folder to wherever you keep your add-on scenery, then activate the scenery in FSX.

St. Marys Municipal Airport (IATA: STQ, ICAO: KOYM, FAA LID: OYM) is a city-owned public-use airport three miles (5 km) southeast of the central business district of St. Marys, a city in Elk County, Pennsylvania, United States. This general aviation airport is located off South Michael Road in St. Marys. St. Marys Municipal Airport covers an area of 283 acres (115 ha) and contains one runway designated 10/28 with a 4,300 x 75 ft (1,311 x 23 m) asphalt pavement. For the 12-month period ending October 31, 2007, the airport had 6,730 aircraft operations, an average of 18 per day: 85% general aviation, 15% air taxi and <1% military. At that time there were 26 aircraft based at this airport: 80% single-engine, 4% multi-engine, 8% helicopter and 8% ultralight.

The original concept for the airport was born on February 15, 1944. A chairman was appointed and a committee was formed to begin work developing an airport to serve the region. The site for the new airport along South Michael Road was located and approved in October 1944.

St. Marys Borough Council accepted the airport project with the stipulation that no taxpayer money would be required for building, improving or operating the airport. Local industry, such as the local powder medal manufacturers, strongly supported the airport since the beginning.

The airport officially opened on June 30, 1950 with a 3,700' x 75' runway. Following the opening, the existing Hoffman residence was renovated into an administration building. In 1954, a runway rehabilitation project that extended the paved portion of the runway to 2,400' was completed. Since then, there have been millions of dollars in Federal, State, and local funds invested in the airport. In 1998,the airport completed a major runway rehabilitation program. The entire runway surface was replaced along with the repair and rehabilitation of the drainage system, lighting, taxiways, and the apron. In 1999, a large commercial hangar was constructed that is presently used for minor repairs, overhauls, and the repair of damaged aircraft. A new terminal and restaurant were recently constructed, as well as the addition of an airport industrial park. Victor Straub is the current Chairman of the Airport Authority.

Well here I go again, flying across the country in FS9 when I got tired and started looking for a place to land and shut down the sim. I spotted an airport off in the distance and headed straight for it as the eyes were getting heavy. I landed (kind of bouncy - see what fatigue gets you?) and noticing the airport decided to put this one on the list. Now that I have designed the airport for FS9, I decided to do the same for FSX. So, for your flying pleasure, here's St Marys Municipal Airport in St Marys, Pennsylvania for FSX. I hope you like it.

The scenery was tested in FSX default only.

David "Opa" Marshall for his usual insight and invaluable advice.

The above-mentioned authors for their scenery objects.

All the Flight simmers who have flown my scenery and aircraft designs.

This scenery is freeware.

I do not accept any responsibility for any damage to any system as a result of running this software.

Have fun and enjoy.

The archive st_marys_municipal_koym_fsx.zip has 9 files and directories contained within it. 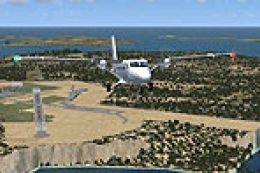 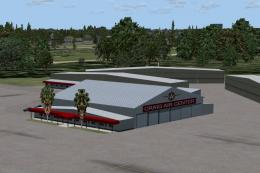 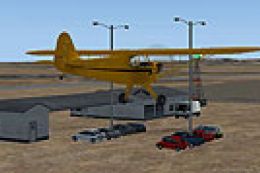 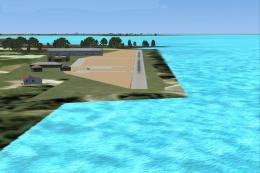 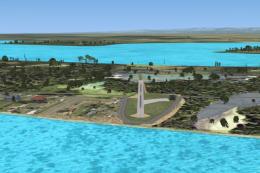 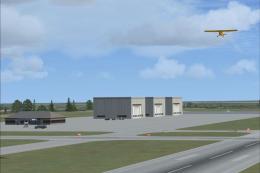 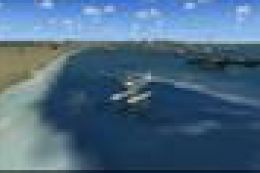 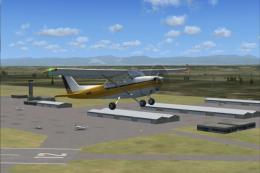