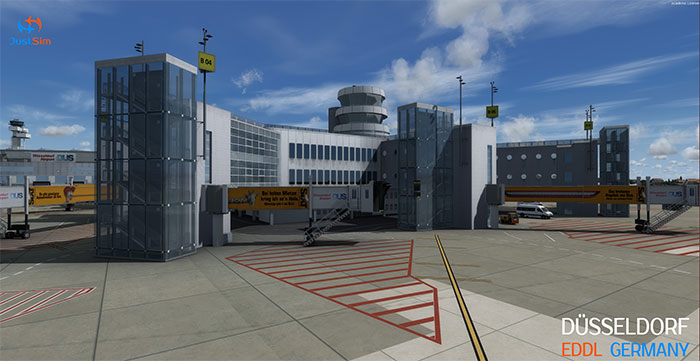 As one of the most important airports in Europe, Dusseldorf Airport plays a major role in German and European aviation. Not only is it a major airport for German travel, but many countries outside of Europe use Dusseldorf as their gateway to the Old Continent. However, Dusseldorf Airport has typically been under-appreciated in flight simulation software.

That, though, is changing, with the release of JustSim’ take on the major aviation hub. In this latest release, Dusseldorf Airport is given the attention and time that it deserves, helping to provide it with the attention to detail it deserves.

Just 7km from the downtown part of the city itself, Dusseldorf Airport is an easy to reach, sprawling airport. It’s based in the Rhine-Ruhr region, the largest metropolitan area in the whole of Germany. For that reason, it sees large volumes of transit both locally and from afar coming through the airport.

Indeed, it’s the third largest airport in the whole of Germany. With a whopping 23.5m passengers in 2016 alone, this is an airport that sees a huge amount of traffic heading through it. Also, the fact it is the Eurowings and Air Berlin primary hub means that it witnesses a lot of flights that even larger airports simply do not.

Add in the fact that it’s the only long-haul route that Lufthansa takes outside of its primary Frankfurt and Munich destinations, and the importance shines through.

With three major passenger terminals as well as two large runways, this is a large, complex and very impressive airport. Everything in the airport shows that it can handle its duty as one of the largest airports in the most powerful European nation.

Now, thanks to this upgrade, users can finally see the ‘real’ Dusseldorf Airport. 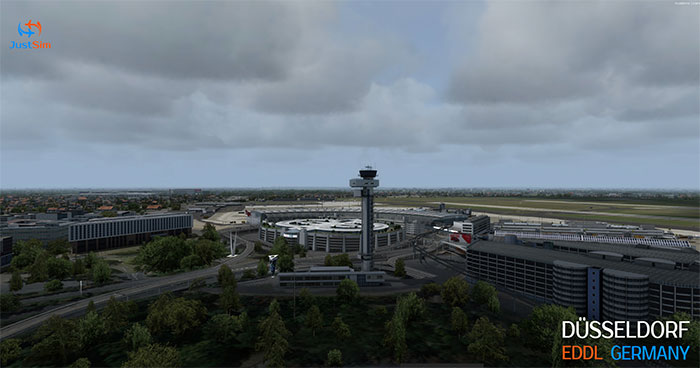 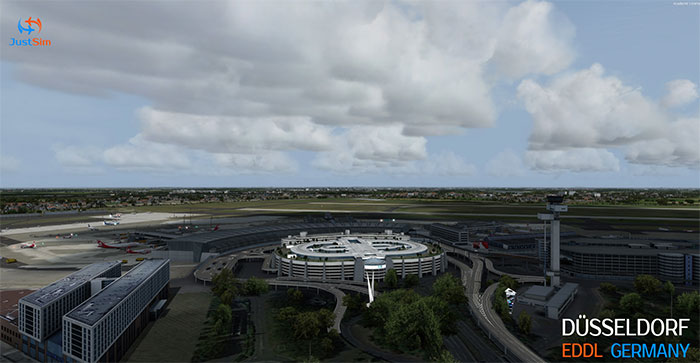 A Transformation of Dusseldorf Airport

This new take on such a major airport carries many of the hallmarks that should have been included originally. By adding an extra level of character to this important aviation landmark, users and residents should notice landmarks clearer than ever.

If you are unsure of any of the new features included, take a look at the new manual included via PDF. This explains every change and improvement being made. Now, you can see what has been improved – and where – to fully see Dusseldorf in action.

You can keep updated with the latest developments by visiting the official JustSim Facebook page here. We also have freeware FSX scenery for Dusseldorf available here - and an AFCAD with updated buildings/scenery here.