Add-On For Harrier. Requires HARRIER-AV8B-4FSX.ZIP. This package contains a widescreen 2D panel and a "farewell" texture for the Harrier AV8B. The texture reproduces the painting of one the Harriers last flown during the farewell ceremony in Cottesmore Air Base. The 2D panel is sized for widescre...

Add-On For Harrier. Requires HARRIER-AV8B-4FSX.ZIP. This package contains a widescreen 2D panel and a "farewell" texture for the Harrier AV8B. The texture reproduces the painting of one the Harriers last flown during the farewell ceremony in Cottesmore Air Base. The 2D panel is sized for widescreen. Gauges by Italo D'Attomo. VTOL controller by Rob Barendregt. By Giovanni Quai.

This package contains a Widescreen 2D panel and a ''farewell'' texture for the ''harrier-av8b''.
Requires '' harrier-av8b-4fsx.zip''.

FOREWORD
========
The texture reproduces the painting of one the Harriers last flown during the farewell ceremony in Cottesmore Air Base UK....Forgive me for some small imprecisions.
The 2 D panel is sized for widescreen.

1) Open the Harrier-AV8B-FSX and make a copy or rename the aircraft.cfg.

3) Open the [ Add on for GQ Harrier ] folder, copy the contents than navigate to the [ Harrier-AV8B-FSX ] folder and paste inside. Overwrite the ''aircraft.cfg'' if promted.

(This is a copy of the '''1 Harrier_Read me.txt''' with a small correction at the note for the attitude required to obtain ''0'' Kts and no drift).

Note: A special ''Flaps/Nozzles gauge'' is displayed in the lower left part of the panel.

1). Vertical Take off:
- Taxi the aircraft in to Take off position.
- Set the Parking Brakes. (A lot of power is required to operate a VTOL plane so the Parking Brake Set is required or the plane will move forward at idle thrust).
- With Flaps-Control , select Nozzle to vertical position (use default keys F5,F6,F7,F8, or gauge clicks to operate flap/nozzle...F8 Key will do it at once).
- Now set Throttle to Full Thrust. the plane will Lift Off when RPM reaches green sector (80% or more).
- Gain altitude, then...gradually, using F6 Key or gauge clicks retact nozzles, pause few seconds on each retaction increment. The aircraft will start to pick up speed (20 kts each nozzle up increment).
- Continue to retract nozzles and slowly raise aircraft nose to 10° nose up attitude.
- When Flaps reaches 20° or less, retract landing gear, then, slowly, continue Flaps retraction to Flaps Up position (using F6 Key or gauge clicks).
- Now it's time to reduce thrust as required to control speed.
- The plane from now on acts as a normal jet fighter.

2). Vertical Landing:
- Approaching the landing spot, (say 4 nm from landing spot and 1000 ft Above Ground Level) reduce Thrust to idle, ( the spoilers are also available)
- At 260 knots or below, incrementally lower Flaps using F7 or gauge clicks (note: the gear horn will be activated if thrust is idle...add a little thrust to silence it).
When speed is around 230 kts continue to lower the flaps and, when Flaps are 20° put the landing gear down.
- Now it is time to use thrust to control speed an altitude.
-When speed is around 130 knots, gradualy direct NOZZLES downwards using F7 or gauge clicks. The speed will reduce rapidly and, in this phase of flight you might experience a ''stall'', if so, set immediately power at 70% or more).
- Use 45 or 70 degrees Nozzles for final approach and FINE TUNE THE RATE OF DESCENT USING THROTTLE (use RPM as required to get 600 ft/min descent rate).
- At your discrection set the Nozzles to Vertical position and fly the aircraft in to the landing spot using THROTTLE to control the rate of descent (500 f/m or less) use the RUDDER for direction and STICK (for/aft/ for speed control, left/right for bank and side drift control).
- Note: with nozzles set to vertical (F8 Key sets nozzles vertical) with attitude ***+6°*** and bank '0°' you will notice the speed will be '0' Kts and no drift.
- When your aircraft touches the ground, reduce thrust to idle,and Set Parking brakes.

3). Normal Jet Take off and Landing:
- For Takeoff: use Flaps UP or 10°, Full thrust, at speed 130 kts rotate to 15° nose up attitude , then put gear up, Flaps up then thrust as required.
- Landing: use Flaps 20° or FULL (NO Nozzles), gear down speed 130/140 kts, spoilers at your discrection, thrust as required (75% if the angle of descent is correct) .
- NOTE : In normal Jet landings never set flaps beyond the orange line that delimitate the Flaps/Nozzles border (see the flap/nozzle gauge).

===============
MORE TIPS
Please do not hesitate to use elevator trim as required to fly the plane hands-off.
Flying on virtual cockpit you can move the eyepoint as required for better vision (check your eyepoint keyboard on FS options\controls\assignements for the keys required to move the 'eyepoint of view' (left/right/up/down/back or forward).
Please use ''A'' key to cycle views within a category and 'S' to change category (check the quick reference key commands).
Use keys: Shift+2 for gps, Shift+3 for description, Shift+4 for radio, Shift+5 for annunciator,Shift+7 for compass, Shift+8 for autopilot, to pop up relative panel

The archive add_on_for_gq_harrier.zip has 97 files and directories contained within it. 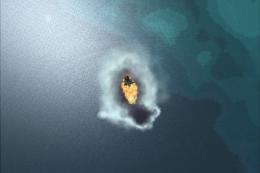 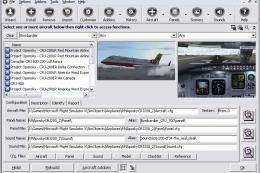 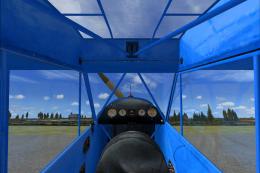 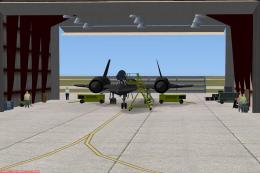 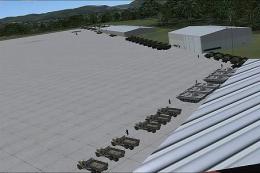 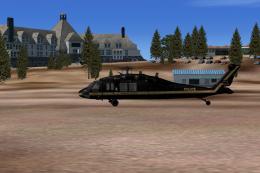 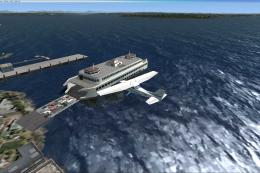