French Navy H-21C, French Navy Flottille 31F Algeria 1956. A repaint of Mick Posch's H-21C (PIASH21C.ZIP) with specially modified .MDL files thanks to the author. It depicts one of the ten H-21Cs that were briefly operated in Algeria by the French Navy on loan from the Army Aviation. Repaint by MichelGerrd.

ui_typerole="Rotorcraft"
ui_createdby="Mick Posch"
description=This aircraft is one of the ten H-21Cs that were briefly operated in Algeria by the French Navy (Flottille 31F); after four years of service with the Navy, the seven surviving machines were handed back to the Army Aviation. Repaint by Michel Gérard. 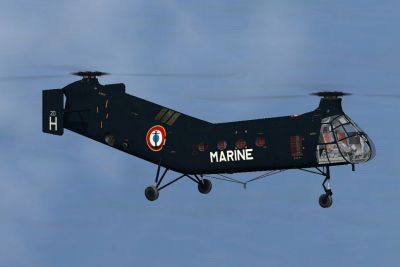 The archive h21_31f.zip has 18 files and directories contained within it.