On the 1,000 hectares of plateau he acquired between Marseille and Toulon, Paul Ricard, forever motivated by innovation and development, constructed in 1962 the largest private airfield in the Provence-Alpes-Côte d’Azur region. The landing strip at Le Castellet covered a distance of 1,000 metres and allowed for VFR (Visual Flight Rules) operation.

Situated on a plateau at the time free of all economic development, it was above all a private airfield. In 1970, the construction of the Paul Ricard Circuit nearby created an economic dynamic for the first time on Le Castellet plateau.

In 1972, Paul Ricard invested in improvements to the runway, lengthening it from 1,000 to 1,750 metres, thus rendering it capable of receiving business and private airplanes of up to 38 tonnes.

Over twenty years, Le Castellet Airport saw intense periods of activity due to business and private aviation, notably with the arrival of the first F1 French Grand Prix on the Paul Ricard Circuit in 1971, and more recently, with the creation of the Entreprise Zone at Signes, situated only a few kilometres from the airfield.

Nevertheless, from 1972 to 1999, no investment was made at the airfield. In May 1999, the company Excelis S.A. purchased the site (airfield and circuit) and refurbished and modernised the installations.

A truly amazing place to fly to - I have enhanced the entire apron as it is today, all marking correctly set, acces to runway and the Heli area for the "Eggbeater" fan includes the hangar, building and other things around.

Installation:
Drop the .bgl file in your FSX/Addon scenery/scenery folder.

These airports are not designed for A.I traffic yet, although FSX did link all parking spot and did not modified them.
I will update them accordingly in a near future. 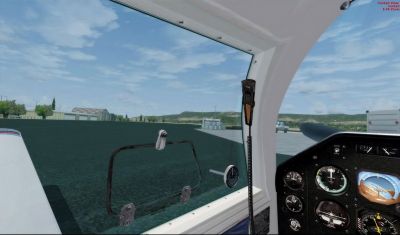 The archive lfmq.zip has 11 files and directories contained within it. 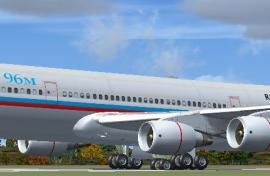