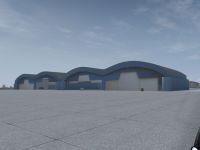 BAN ‘Base Aeronautique Navale’ Nimes Garons opened in October 1961 and quickly became fully operational after only three years. The first fleet [6. f. br. 1050 Alize] arrived in October 1961 and this type remained active at Nimes until September 2000. An example of this aircraft can be found at the perimeter fence, serving as a gate guard up to this day. Since opening, aircraft based at Nimes Garons have included P2V-6 Neptune, Atlantic, Nord 262, EMB-121, C-47D Dakota [also represented in this scenery as gate guard].

In 2011, BAN Nimes Garons will be celebrating its 50th anniversary as an active base. Sadly, conclusions based on a ‘white paper’ on defence and national security presented in 2008 announced the planned closure of naval activities. As part of restructuring, BAN Nimes Garons Naval activities will cease in July 2011. However, the civil activity at Nimes Garons is experiencing large growth, including passenger transport, aircraft maintenance and repair, along with the creation of a centre of aerospace companies. So, Nimes Garons LFTW will continue as an active airfield.

This scenery is our first major project, so any suggestions for improvement are very welcome. We have tried to employ techniques that improve performance, but we can’t guarantee how effective these will be on each machine.

Simply run the installer and the Addon Scenery, Effects, Traffic Files and AI Aircraft will be installed automatically. The scenery ‘Nimes Garons FSX’ will need to be activated manually in the usual way. If you wish to install the scenery manually, then just point the installer to your chosen location and all files will be installed there. Please start a flight by searching for ‘Garons Navy’ or the ICAO ‘LFTW’.

This software is supplied as ‘freeware’. No fee or charge may be made for the use or distribution of any of the files contained within. 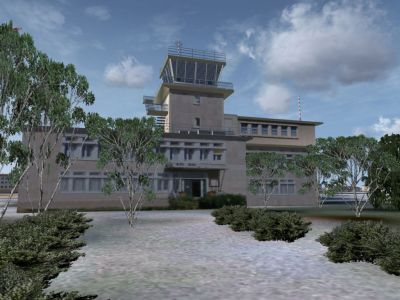 The archive nimesgaronsfsx.zip has 10 files and directories contained within it.