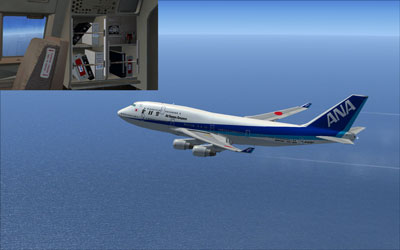 The virtual game industry is growing by leaps and bounds. With new technologies available, there is much more to be explored with Microsoft Flight Simulator X. With new flight patterns, terrain, and skills, this game is surely top of the market in difficulty and prestige.

With the newest in Microsoft’s technological advances, the minimum platform for this game is Windows XP on a PC. The Flight Simulator X will not run on software older than this version, and it is very important to note that the game requires certain amounts of available RAM to be compatible. Users with Windows Vista or 7 need to ensure that their RAM availability is a minimum of 512MB. Hard drive usage is 14GB while the video card required for the game is 32MB DirectX 9 compatible.

The standard version of FSX contains only 18 different aircrafts, 40 high detailed airports, 28 cities, and 30 missions. With the Deluxe Edition, the numbers are increased, as well as the difficulty of the game. The game comes with several new features that were not in the previous version of Flight Simulator 2004. In the Gold package that will be released later, you receive the deluxe edition as well as the service pack together in one. This gives the gamer more points to play, along with more aircrafts, missions, and cities to play with.

New aircraft has been introduced in the game, such as the Wright Brothers’ first plane. Maneuvering this one is a little bit different than the previous plane versions, and a little caution is warned here. You have to be very careful how much turn you put into it, if not, you will find yourself speeding in circles straight down. Most of the vintage aircraft models have been dropped from the game. With the exception of only a couple, there are a few other planes and aircrafts that have been added for better experience with the game.

There are a plethora of new graphics that are contained in this 2006 release of simulation games. Some of these improved graphics include enhanced texture resolution, new Earth model facilitating polar flights, region-specific textures, minimal 3D animals, and star constellations. Also, the scenery textures now line up with the automatically generated (Autogen) buildings. Maximum rendering-engine-supported scenery resolution of 7 cm/pixel is necessary for this game to be completely compatible. Along with these, there are new virtual effects such as the cockpit shaking as the plane adjusts in altitude and breaks and 3-D water effects.

Airports now have jetways that move to the aircraft by the key combination Ctrl + J. Airport Vehicles also drive around the airport to you and AI aircraft, but are available only with the International Airports. New default aircraft include the Airbus A321 with default aircraft systems modeling that is extensively improved, featuring, for example, APU, fire protection, and passenger advisory sign switches. The Tower Controller is a new feature that allows the gamer to use virtual tower controls to land and take off.

New missions in Microsoft Flight Simulator X adds to the simulation with task oriented goals, and encouraging users to fly worldwide, rather than just from their home field. This gives players new rewards and badges when flying, including several new hidden awards for different scenarios throughout the game. These hidden rewards are for performing particular actions, such as landing at special airports with the highest capacity or most remote location. Another newer feature to the game is the ability to create missions on your own. The insiders can help you with tips on how to place different objects throughout the personally set mission. You can share these missions in the newly revamped multi-player status as well.

There is a complete list of missions for the game online. You can check into missions that are still locked to see what will be coming available to you in the future. 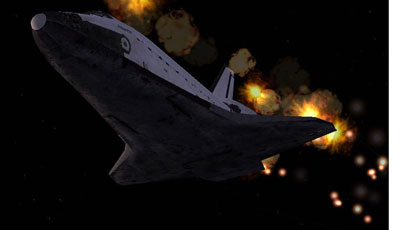 Microsoft Flight Simulator X is the first of the simulation packs to allow demo versions of the game. Though the demo is very limited, it gives the gamer a better idea of the detail involved in this game. From the dropping of flour bombs to landing a large carrier plane, the simulator demo demonstrates the new technologies that Microsoft has developed over the years. Details to specific graphics have been accounted for, making the simulation as real as possible. You can grab the Demo of FSX here.

Microsoft released their first expansion pack for Flight Simulator in years, called Flight Simulator X: Acceleration, to the US market in October of 2007 rated E - E10+ for mild violence, and released to the Australian market in November of 2007 rated G. Acceleration introduces new features, including multiplayer air racing, new missions, and three all-new aircraft, the F/A-18A Hornet, EH-101 helicopter and the P-51D Mustang.

Service packs are available for download purchases as well. These packs produce better graphics and playing times and other performance enhancements. The Service Pack 2 was released in the same time frame as Acceleration. This pack was made specifically for Vista platforms with all of the troubles that Vista was having with being compatible with prior software games. The DX10 version takes advantage of DX10's improved shadier model and more pixel pipelines and increased performance for Vista, approaching overall FSX performance on XP. It also adds the capability for players who do not have the expansion pack to participate in multiplayer activities with users of the expansion pack, along with support for multi-core processors. FSX-SP2 also fixes some more bugs over Flight Simulator X. 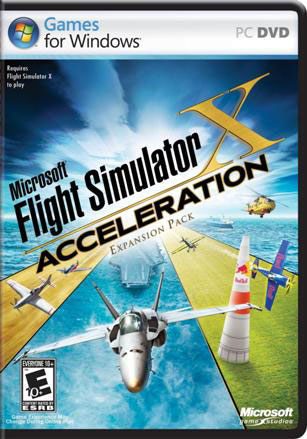 How do I find the number of my specific version? on the DVD it states Microsoft flight simulator Deluxe Edition 2006

This simulator is just like reality is so fantastic and the user fill like real pilot while not. Big up to this version

I have longed for Microsoft to produce a more realistic format. The preview looks quite amazing. Looking forward to its release in 2020. Well done you guys in the back room. Keep up the good work.

Very important to me is to know what about Flight Simulator X GOLD, the last, into Windows 10 system. I've last Intel i7 core, Ge Force 2060, etc

I started with sub logic fs back in the early '80s and had them all since then. Actually started off on the Vic20 and then Commodore 64.

I'm running the Gold Edition. I'm on a Hp Presario cq56, I'm using an AMD graphics HD and here I am with a single-core computer with the entire orbx setup, 200 extra aircraft, additional scenery, and my graphics at 4096.

Here's a trick to this. A. Know your fsx cfg. And learn how to change it, B. Compress you're fsx acceleration after you've installed everything you want then right-click and compress it, set up the main package as admin, and make sure you have the right by checking security and making appropriate changes.

After that's complete go to your main drive and compress it it's usually C: mine is C:(86) Let it run its course on compression. I did this because out of all of my space I'd already taken up over 3/4 of disc space, now after compression, I have 84 pct space. As far as ram, your screen is the ram, go to admin in control panel, bottom left last listing click appearances advanced click for ram, performance, you set the screen at about 38000 for low end 50000 for upper end set and click out finished.

When it comes to crashes go to fsx cfg by search bar unplug internet because if your online it won't let you in, to get there go to search appdata% go into the Microsoft file go to fsx cfg. R click set up admin and security click so admin and user have full.

Now scroll to graphics heading one click below type in caps HIGHMEMFIX=1 THEN GO TO X UPPER RIGHT CLOSE FILE AND SAVE WHEN ASKED.