FSX doesn't only allow users to fly fixed-wing aircraft; they can also download and install helicopter and rotorcraft expansions too.  Most people buy Microsoft Flight Simulator X in order to pilot large, commercial aircraft and civil jets, however there is also a market and niche group for helicopter add-ons.

Image shows a Bell-Boeing V-22 Osprey tiltrotor aircraft in FSX.  While not technically a "helicopter", this does fall under the rotorcraft section.

In this section, there are many well known and popular helicopters from manufacturers such as Bell, Eurocopter, Hughes and Boeing.  Featured in this section are a range of civilian passenger helicopters, as well as military and combat choppers such as the well known Apache attack helicopter which has been used in many desert combat operations around the world.

There are also many helicopter missions available to compliment the add-on packages, which are viewable here.

Installing these downloads is just as easy as any of the other aircraft or packages on the website and most of the files come with detailed installation instructions and "readme" documents inside.  If you are having a hard time, there are many tutorials on our forum which will explain in detail the procedure - users can also create a new topic specific to their own problem.

Helicopters are much harder to fly in any flight simulator package, and in real life for that matter - there is a lot more going on in the cockpit of a helicopter compared to that of a fixed wing aircraft.  As well as controlling pitch, rotor angle and engine speed - pilots also have to control many of the other systems that go with it.

Many users complain that "helicopters are impossible to fly in FSX", but they really haven't given them a chance.  Users must be patient, persistent and once they get used to the different method of flying, they are usually very happy and include rotorcraft flight into their daily "flight simmin'" routine. 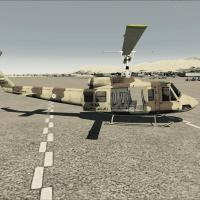 Bell 214 in Iranian Army livery. A complete model including aircraft. 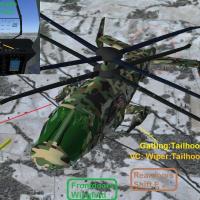 It is Sikorsky's proposed high-speed scout and attack compound helicopter which can carry 2&6 men as crew plus armed soldiers. Cruising speed is 253 mph/407 km/h. It is Sikorsky's earliest attempt for a fast helicopter with stiff coaxial rotors an... 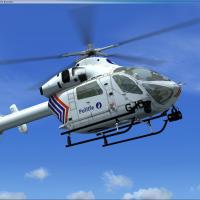 Three repaints for the payware MD 902 Explorer from Nemeth Brothers in the colors of the Belgian Federal Police. Features real-life registrations G-10, G-11 and G-12. Through radio communications, the helicopter is called "RAGO". Original textures... 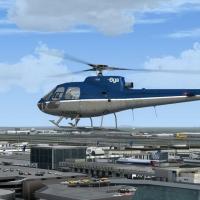 A repaint of the Nemeth Designs AS 350. By Martial Feron. 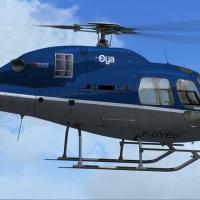 A repaint of the Nemeth Designs ND AS355 model. By Martial Feron. 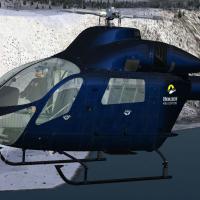 This is a repaint of the payware Nemeth Design MD 902 to match the Yukon based Horizon Helicopters "C-GHZF" MD900 Explorer. Textures only. By Shaino. 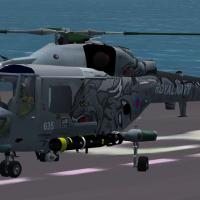 A repaint for the Alphasim Westland Future Lynx Navy helicopters (LYNXUPDATE.ZIP required) in a special "Black Cat" paint scheme. The model differs a little to the real one. The repaint is for the Navy versions. Reworked camera definitions are ... 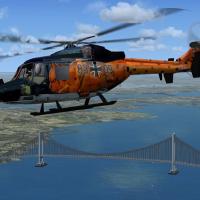 Texture repaint for the Alphasim Westland Lynx GLYnX-variant in the "Fat cat" paint scheme of a German Lynx (requires LYNXAH7AH9FSX.ZIP). The combination of the helicopter model and that paint scheme is not realistic, because the real Lynx-vari... 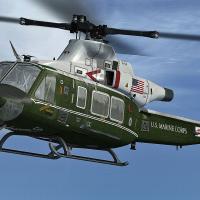 This is a USMC repaint of the payware Area 51 Bell UH1Y "Venom". Textures only. By B. Lechner. 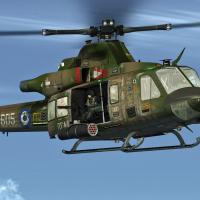 Repaint only, payware Area 51 Bell UH-1Y Venom required. This repaint was created by using the original paint kit released with the aircraft. By B. Lechner. 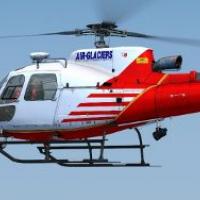 A repaint for the Nemeth Design AS350B3 in the colors of Air-Glaciers. Compatible with the base pack and the expansion pack. By Valentin Rime. 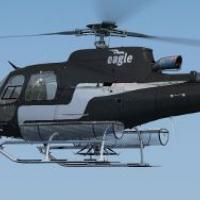 Repaint for the Nemeth Design AS350B3 in the colors of Eagle Helicopter (HB-ZES). Compatible with the base pack and the expansion pack. By Valentin Rime. 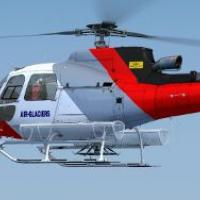 Repaint for the Nemeth Design AS350B3 in the colors of Air-Glaciers (HB-XQJ). Compatible with the base pack and the Expansion pack. By Valentin Rime. 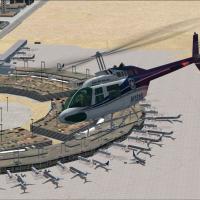 Textures only for the default Bell 206 JetRanger helicopter. Aircraft is painted in the Dallas Police Department's livery, and is registered N1510L. Repaint by Joel Archer. 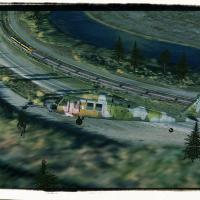 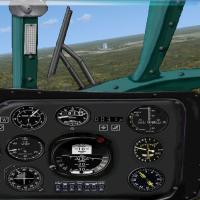 An update of the Vladimir Zhyhulskiy Mil Mi-8MT/T replacing the incompatible gauges in the 2D and VC panels with his An-12Bk and An-26 gauges. Includes both 2D and VC panels. By Michael E. Roberts. 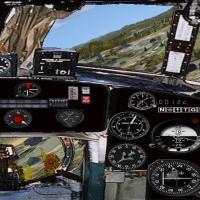 An update of the Vladimir Zhyhulskiy heavy Soviet transport helicopter. Adds the Zibom MI6 2D panel with the gauges from Zhyhulskiy's An-12Bk and An-26. Also replaces the sound with Kazunori Ito's MI-12 Homer sound set. No VC panel. By Michael ... 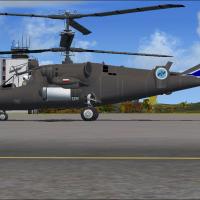 An update of the Kazunori Ito Kamov Ka52 Alligator to work in FSX by replacing the 2D panel with Daniel da Silva's KA-52 Hokum B Alligator sets realistic panel (the model does not work in FSX). The gauges were replaced with Vladimir Zhyhulskiy'... 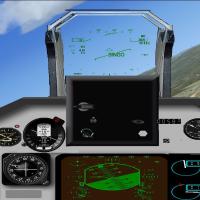 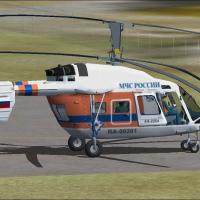 An update to the Vladimir Zhyhulskiy FS2002 Kamov Ka-226 Ru MCS to work in FSX with Soviet/Russian metric gauges. Replaces the original gauges in the 2D panel with ones from his Antonov An-12BK Package and Brett Hoskin's FS2004 Myasishchev 3MS-...