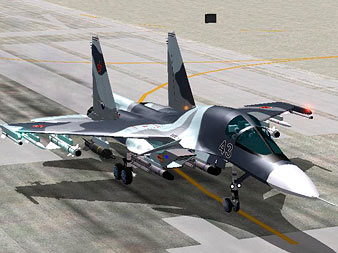 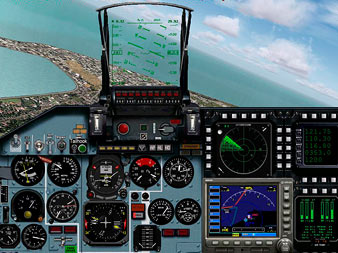 The archive sku35new.zip has 173 files and directories contained within it.

When I first seen the screenshots of this remake of the Russian fighter Sukhoi SU-35 Lex, I thought it was for FSX. The attention to detail from the designers, even when using limited and slightly outdated scenery, massively impressed me.

This made it look much better than it had in the past when I had tried models of this before, and with the range of animations that were all included in here made it extremely simple to fly in. the level of detail in the animations and the model, though, are only matched by the overall concentration in detail when it comes to the performance.

The aircraft manages to carry that unique, challenging look that makes it perfect for the kind of missions that it takes on. This is what made me quite interested in trying it out, and I have to say that the way it moves and the way that it operates in general makes me feel right at home.

The addition of things like the afterburner effect as well as the massive panel in the cockpit for you to apply and adjust anything that you want makes it incredibly simple for you to start flying with confidence in the model. This aircraft comes with some rather awesome little adjustments and changes made by Denny Shulze and Yaha al Wajid, and I have to say that they have done a very impressive job capturing the sentiment and the style of the aircraft themselves.

Although it was replaced by the MiG-29K in the late noughties, the aircraft is still regularly looked upon as a proper piece of hardware that could do damage in just about any environment. Only the rapid development in aviation technology has tendered its removal from being the first-choice for the Russian Navy, as it still carries all of the hallmarks and performance levels that you would expect from top level aircraft.

The jet itself is extremely powerful and the designers have done an excellent job in making that clear, with the incredible speeds that it can fly and turn at being some of the most impressive out there. The aircraft itself is extremely easy to fly after a few hours of messing around and getting used to its jumpy nature and incredible speed, but after that things become far more fluid for yourself.

The package manages to capture this aircraft perfectly, and is definitely one that you should consider downloading if you want to get a taste of what flying an aircraft like this can feel like, regardless of what you are looking to do with it and what kind of speeds you are intending to try and fly at! It really does offer a great taste of what the real thing is able to offer.