openVFR has announced the release of VFR Scenery for FSX Covering Canada and Prepar3D featuring accurate terrain information and hundreds of 3D objects. Are you tired of flying in your hometown? Perhaps you need to discover the joy of flying in the wilderness!

Canada is the second-largest country in the world with vast, pristine landscapes and trendy, vibrant cities. Located in the northern part of the North American continent, Canada extends from the Atlantic Ocean in the east to the Pacific Ocean in the west, and northward into the Arctic Ocean.

Spanning over 9.9 million square kilometers, Canada is the world's second-largest country by total area and includes magnificent mountain ranges, sparkling rivers, and lakes. Canada has more lakes than any other country, containing much of the world's freshwater. Many of the lakes on the Canadian Shield, including those of the Great Lakes, were created by glacial erosion. Canada's rivers discharge eight percent of the world's renewable water supply every year.

Canada is every pilot’s true ‘paradise’ – only a few countries in the world offer as much variety to the pilot as Canada. As you explore Manitoba from the skies, rolling hills and scenic landscapes are your backdrops. Northern Ontario is a popular wilderness adventure travel destination that will put your arctic flying skills to the test. Quebec is the place of unique breathtaking scenic wilderness, combined with modern cities like Montreal.

You will have a memorable flight adventure on the northern hemisphere. Accurate terrain information based on realistic data from OpenStreetMap and hundreds of additional 3D objects will enhance your flying experience.

Consisting of ten provinces and three territories with diverse landscapes, Canada offers you a flying backdrop that you will thoroughly enjoy. Join many pilots flying in Canada, and experience the stunning beauty the country has to offer.

Update: We have a new article covering photoreal (VFR) scenery for FSX and Prepar3D. All of the scenery is freeware.

You can also get freeware FSX VFR scenery from our downloads library.

I couldn't find any link to download this file. (VFR Scenery For FSX Covering Canada). 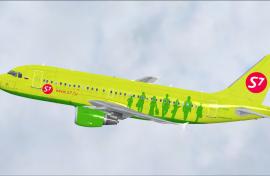