Despite being one of the most beautiful nations in the world, the snow-swept land of Norway lies rather barren in the simulation world. Not only does it tend to lack the solidity of detail such a country deserves, many of its airports feel extremely sparse. Bergen Airport is the second largest airport in the nation, and this Aerosoft modification looks to try to provide it with some extra detail. 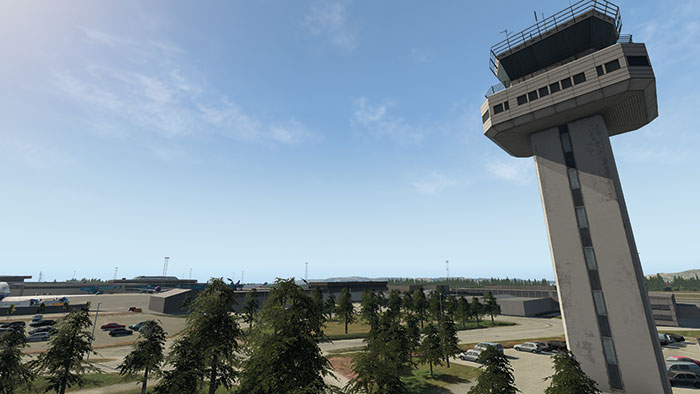 Using high-resolution scenery that was captured on the actual airports’ grounds, this helps to add some much-needed familiarity. By helping to create a more welcoming atmosphere throughout the airport, those landing here should find it to be a whole lot more hospitable than beforehand. Scenery has been moved around to help add a more detailed image of the airport. The new facilities that have been added into place add a busier feel to the airport. The main terminal, too, still under construction, has been added for effect.

The runways and various minor parts of the airport such as taxiways and shrubbery have all been reworked. The aim of the add-on is to help add some attention to detail to an important Scandinavian airport, with a more realistic look and scale to the airport brought in.

You can pick up your copy over at SimShack here.  While we don't have much in terms of freeware for Bergen airport just yet, do check out the XP11 scenery category and HD Mesh Scenery for XP11 here (both freeware).