Just released from developer Heinz Dziurowitz is the P38-J Lightning add-on for X-Plane.  This package features a fully functional cockpit including animated controls, animated pilot and other great features.  The exterior of the aircraft features a detailed landing gear and flight surface.The P38 was an all American built aircraft used in World War II and built by Lockheed.  Its first flight was in 27 January 1939 and entered service in 1941.  You can enjoy this aircraft now on the X-Plane flight simulator package.  The add-on boasts the following features:


The package comes with three versions and a detailed instruction manual. 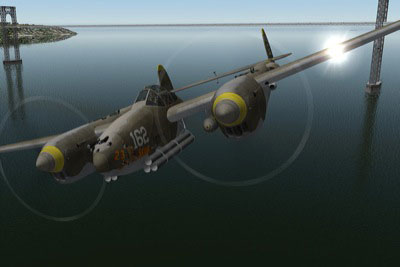