0
Posted on Thu, 11 Mar 2010 01:00:00 GMT
Although SkyEurope Airlines, ceased operations on August 31, 2009, the company still is being mentioned in many laws suits even today. The final status of Sky Europe’s debt is to be around 180 million euro; this fact was provided by the statistical office of the Slovak Republic.

The reason why I bring SkyEurope back into the spotlight is simple, this company managed to teach many Slovak’s, Hungarian’s, Czech’s and Pole’s the idea of flying for cheap rather than taking the train, bus, boat in extreme cases. This is something we cannot forget. RIP SkyEurope Airlines.

SkyEurope a pioneer low-cost company in eastern and central Europe

SkyEurope managed to connect Bratislava, Prague, Budapest and Warsaw; the capitals of newly joined European union member states. For the first time in the airline industry, an airline company had international hubs and each nation had their designated aircraft that operated under one company in eastern Europe. This was almost like a revolution that nobody expected to work out, and yet it did. SkyEurope was founded by Alain Skowronek (Chairman) and Christian Mandl (Chief Executive) in the year 2001. The first flight was carried out between Kosice and Bratislava (connected two biggest cities in the Slovak Republic). The flight was operated by a turbo-prop Embraer 120 ER Brasilia. During the course of time, SkyEurope managed to update its fleet from the Embraer 120 to a set of Boeing 737-500 and later it updated to the Boeing 737-700NG and it was the first lowcost company in eastern and central Europe ,that used the Boeing 737-700NG series.

This article was written by our resident aviation editor Roland Ondrus. 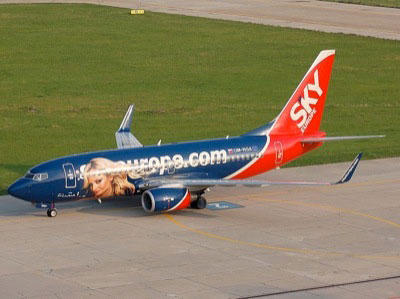 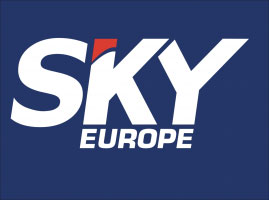